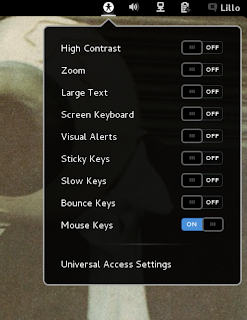 Well, I have no idea why that switch was set to "on".. I probably pressed a weird combo of keys and it got activated. But I'm glad that this time it was all just about a stupid flag.
Sweet.
Posted by MentiteSpoglie at Monday, July 01, 2013